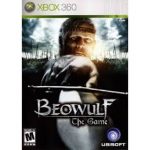 Experience every aspect of fierce WWII naval combat as you command a host of US and Allied air, sea and underwater units through intense, action-packed missions in hotspots across the Pacific. At your disposal are over 60 legendary war-machines, including huge aircraft carriers, battleships, destroyers, land and carrier based bombers and even submarines, all equipped with authentic weaponry.

Action based gameplay allows you to switch between all units under your command at the press of a button, whilst firing real-time orders to position the rest of your squad. In total control of breathtaking multiple unit battles you will engage the enemy in fierce dogfights, launch multiple attack squadrons from a carrier, fire the massive guns of a battleship, whilst launching deadly torpedo attacks from a hidden submarine.