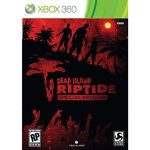 Since this is basically an unofficial video game remake of Dawn of the Dead it tries to recreate all the major elements from the movie, including scenes with hundreds of zombies on screen at once. Given free reign in the shopping centre there are 250 different objects you can use to dispatch them but in the end escape is your own really option. The question is how you manage it and whether you properly investigate what’s going, try and help other survivors or photograph their demise in an attempt to win a Pulitzer. Although helping the survivors involves some fairly dull escort mission the only real flaw is the oddly strict save system which won’t let you save more than once. It’s not nearly enough to spoil the fun of a good zombie massacre though.