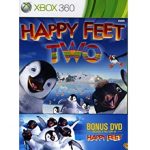 Halo: Reach,” developed exclusively for Xbox 360, is theblockbuster prequel to the landmark “Halo” video game franchise and is the biggest game yet in the Halo series.“Halo” is one of the biggest video game series in history, and is the top selling franchise on Xbox. It has defined a generation of gamers and changed how people view video games.

“Halo: Reach” tells the tragic and heroic story of Noble Team, a group of Spartans, who through great sacrifice and courage saved countless lives in the face of impossible odds. The planet Reach is humanity’s last line of defense between the encroaching Covenant and their ultimate goal, the destruction of Earth. If it falls, humanity will be perched on the brink of destruction.