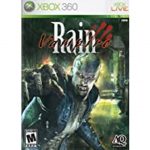 An epic scale action RPG, Rise of the Argonauts immerses players in a gladiatorial adventure set in the vibrant and powerful world of Ancient Greece brought to life. Taking the role of Jason, players will battle alongside Hercules, Achilles and other Argonauts as they engage in brutal combat against formidable beasts and enemies, in a vast world alive with wondrous inhabitants and stunning panoramas. The search for the Golden Fleece is not only one of exploration but of transformation: from warrior king to exalted hero touched by the gods.