XBOX 360 The Lord Of The Rings War In The North

XBOX 360 The Lord Of The Rings War In The North 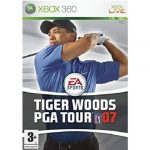 The Lord of the Rings War In The North is an epic multiplayer action/RPG video game based on the renowned stories by J.R.R. Tolkien. Warner Bros. Interactive Entertainment holds the rights to develop video games based on both the literary and motion picture content from The Lord of the Rings, allowing Snowblind to explore original and familiar narrative elements in more than 12 areas, of which only three have been seen in the films.Breaking new ground as the first mature-rated LOTR video game, The Lord of the Rings War In The North evolves the RPG genre through innovative online, interdependent co-op play for up to three players who form their own Fellowship and engage in brutal combat.Exploring previously unseen lands, story elements and characters as well as elements familiar from past feature films, gamers experience extensive character customization and development, expansive co-op gameplay options and upgradeable weapons, skills and special abilities. Players must play together or perish as they work to defeat Sauron’s forces in the North.