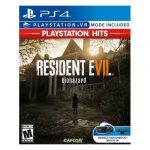 “Metal Gear Solid V: Ground Zeroes gives core fans the opportunity to get a taste of the world-class production’s unparalleled visual presentation and gameplay before the release of the main game. Gamers who have never played a Metal Gear Solid game, and veterans alike, will gain familiarity with the radical new game design and unparalleled style of presentation.

Metal Gear Solid V: the Phantom Pain takes place nine years after the events of MGSV: Ground Zeroes and the fall of Mother Base. Snake (A.K.A. Big boss), awakes from a nine year combat. The game resumes the story in 1984, with the Cold War still as the backdrop, which continues to shape a global crisis. Snake’s journey takes him into a world where he is driven by a need for revenge and the pursuit of a shadow group, Xof.