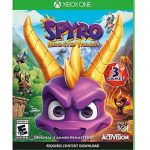 It’s the global stage where dreams are realised, heroes are made, and moments that will be remembered for years happen right before your eyes. Now you too can create your own moments with London 2012 – The Official Video Game of the Olympic Games.

With new sports, new events and new gameplay modes, London 2012™ brings the worlds ultimate sporting event to life bigger and better than ever before. Take to the track, negotiate the Velodrome and dive into the deep end in stunning HD while you compete for the pride of your nation. Hone your skills in the Olympic Games mode, and play with or against your friends and family in a variety of multiplayer modes. Create your own golden moments, only with London 2012 – The Official Video Game of the Olympic Games.