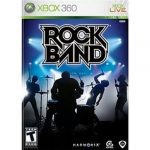 Rugby World Cup is the crown jewel of the sport and a prominent global property with television coverage of Rugby World Cup 2007 spanning more than 200 territories, reaching a cumulative audience of 4 billion viewers. Rugby World Cup 2011 is being held in New Zealand for the first time since the inaugural Tournament in 1987. Teams representing 20 nations will compete in 48 matches across 12 Host Cities between 9 September and 23 October 2011.