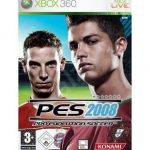 Video game adaptations of big movies, particularly kids movies, tend to get a lot of flak from more hardcore gamers  and not without some justification. Not offering anything original in terms of gameplay is one thing but theyre usually quite shoddily made and with little real connection to the movie theyre supposed to be based on. Shrek The Third wont be winning any video game awards for innovation but it does at least look and sound like the film and is unlikely to disappoint anyone who simply wants to relive it from the comfort of their own joypad.

In predictable fashion the game is a third person action adventure in which you get to control Shrek, Donkey, Puss in Boots, Princess Fiona, Arthur and Sleeping Beauty. Each has their own subtle differences, from Puss n Boots double jump to Sleeping Beautys guide ability, but combat always comes down to just mashing the attack button as rapidly as possible. Everyone also has their own special move as well, from Fionas flying kick to Puss n Boots “cute puss” move.

Another inevitable aspect of the game is a series of mini-games, but most are actually quite good, particularly Castle Capture where you have to smash down an opponents walls and Ships Ahoy where you have to defend a beach from invading pirates. All can be played with a friend outside the game, which is more than can be said of the main story mode which is sadly single player only. The graphics are decent though and everyone looks like their movie selves, even if the celebrity impersonators dont sound like them. As a video game its a fairly average affair all round, but as a marketing tie-in it succeeds with flying colours.
Harrison Dent