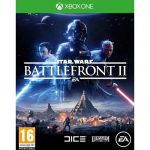 Become the first great name in videogame hockey with NHL 09. Jump into the EA SPORTS Hockey League and become part of the first console sports MMO. Take your created player online and join a team with friends, or scout for players. Featuring 6 vs. 6 online team play, the ability to level up your player, tournament brackets, and awards at the end of every season.

Be the first to review “PS3 NHL 08” Cancel reply