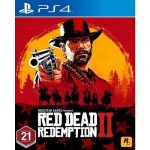 PS4 Resident Evil Origins Collection
BIF
ETB
RWF
SDG
SOS
TZS
UGX
0 out of 5
( There are no reviews yet. )

An old threat has returned to haunt the wasteland once again in RAGE 2’s first major expansion. Explore a brand-new region, face a lethal new faction, and gain access to a new weapon and ability in Rise of the Ghosts.

With the new content, players will have access to a new story and area — Overgrown City — and fight against the Ghosts faction, an enemy introduced in Rage, but that hasn’t debuted in Rage 2 before. A new weapon, the Feltrite Laser Launcher, will also be introduced alongside a new ability, Void, and a new vehicle, Ghost Motorcycle.

Rise of the Ghosts will launch on all platforms on September 26. Download it from the in-game store for 1500 RAGE Coins ($15). You need to be online and signed into your BNET account to access the in-game store.

An asteroid has annihilated 80% of the earth’s population, and humanity’s numbers are dwindling. Ruthless and bloodthirsty gangs roam the open roads and the tyrannical Authority seek to rule with an iron fist. As Walker, the last Ranger of the wasteland and a threat to their power, you have been robbed of your home and left for dead. Now you’ll have to rage for justice and freedom. With ludicrous vehicle combat, super-powered first-person mayhem, and an open world full of emergent madness, you will tear across an unforgiving wasteland battling sadistic gangs to find the tools and tech needed to crush the oppressive rule of The Authority once and for all.