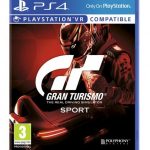 PS4 VR Gran Turismo Sport
BIF
ETB
RWF
SDG
SOS
TZS
UGX
0 out of 5
( There are no reviews yet. )

Form an unbeatable squad and get to work in this PS VR-exclusive multiplayer shooter.

Teamwork is everything in this intense squad-based shooter – put on your PlayStation VR headset, gather an arsenal of equipment, and prepare for blistering combat.

Choose from 12 experienced mercenaries and familiarize yourself with a selection of upgradeable weapons. Will you lock and load with the attacking squadron, tasked to obtain valuable data in a hostile environment? Or will you be on the frontlines of the defending team, making sure the data is kept out of enemy hands by any means necessary?

Firewall Zero Hour takes full advantage of PS VR, dropping you head first into each operation with full 360 degree vision of the combat zone. 3D audio lets you hear your enemy’s every move, while full freedom of movement gives you the ability to quickly act out tactical decisions.

Strategize. Communicate. Dominate.
Up to eight players can go face-to-face against each other in two teams of four, battling in exotic and dangerous locations across the globe. You’ll be given objectives and critical intel along the way – but always remember to act as a unit.