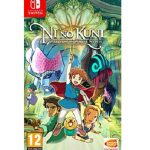 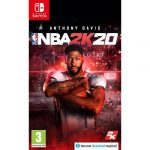 The original version of Ni no Kuni: Wrath of the White Witch will be available on Nintendo Switch™, marking its official debut on a handheld platform.

Ni no Kuni: Wrath of the White Witch on Nintendo Switch is the first handheld iteration of the acclaimed title, letting Switch players experience the game in 720p resolution at 30 fps in TV mode at home, or in handheld mode on-the-go. The game retains its original dynamic fight system, combining real-time action and turn-based tactical elements, as well as the dozens of locations and hundreds of creatures that comprise the vast universe of Ni no Kuni.

Originally developed by LEVEL-5,Ni no Kuni: Wrath of the White Witch is the heart-warming tale of a young boy named Oliver, who embarks on a journey into a parallel world to become a wizard in an attempt to bring his mother back from the dead. Along the way, Oliver makes new friends and adopts many of the wonderful creatures that inhabit the world, raising them to battle other creatures on his behalf as he takes on formidable enemies.